Aye, September in Scotland was a decidedly FAST-paced trip.  Purposely intended.  So much yet to see and experience...the 'J. Clizer Scottish Experience Bucket List' shows no signs of decreasing. Conversely, it's getting longer, so on and off the planes, through security and border checks, off to the bus, onto the train, and a lovely couple hours riding to Inverness. Oddly, it was uncommon clear weather...on the Amsterdam-Aberdeen plane I'd easily picked out favourite spots & familiar landmarks while flying north up the coast from below Montrose.

Waiting for the bus across the Moray Firth north to Culbokie, I happened on a surprisingly common and sometimes touchy occurrence in Scotland:  an outlander trying to communicate with a local, NEITHER of whom spoke intelligible English!  The (rather pushy) Japanese tourist wanted to get to the Loch Ness tour boat on time, and the 50-something bus driver, whose first language was decidedly Gaelic, was at wit's end to get the tourist to understand there was no boat today; high winds had cancelled the scheduled sailing, and there was NO way the (effing) bus would be stopping at the desired quayside landing. Voices became sharp as hands waved, neck muscles bulged, and, recognizing a couple explicit Highland epithets, I stepped in and was able to clarify things. The bus driver, having discovered an ally, shared several such incidents of late and his opinion of foreigners (myself excluded, of course), as his blood pressure returned to normal. The irritated tourist stalked off into the driving rain muttering....I suppose about the inconvenience of gale force winds and stubborn Scotsmen.   Hilarious. All in a day...!
Posted by Unknown at 3:33 PM No comments:

What to do when time is limited on a Scotland or UK trip?  Jog, don't walk. Pretend you're training for (in my case) the senior division of a marathon back home.  Crisscross the landscape from event to destination and back again, and nap...on the train (darn, hate to miss even a BIT of scenery!)....on a park bench in the lovely autumn air with knapsack propping you at side, book stood up lap, & hat pulled low, so passers-by can't tell if you're snoozing or furthering your education.  And lastly, get food to go:  delicious scones with fruit (forego the butter....there's already enuf in them to sink a battleship); lovely hot cups of strong coffee & tea to warm the hands; the best bacon roll in the area from personal recommendations of locals...Scottish soul food!!
Posted by Unknown at 10:49 AM No comments:

Hands Up for Trad Awards!


We just finished voting in the US....now it's time to vote in Scotland!  The MG ALBA Scots Trad Music Awards 2012 is on. The aim of these awards is to highlight Scotland's wonderful traditional music in all it's forms, and to create a high-profile opportunity to bring the music and music industry to media and public attention.  You can easily vote for your favourite artist, group, composer & etc. at the following link:
http://www.handsupfortrad.co.uk/tradmusicawards/.
Posted by Unknown at 7:08 PM No comments: 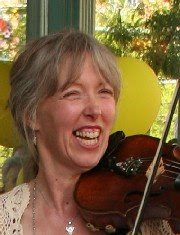 Get PaintScots in Your Inbox

Mini-, canvas and large-format giclees are HERE! Please go to my website for details.

All images copyright Jan Clizer Paintings 2012 & may not be reproduced in any form without permission of the artist.